The Evolution of Christian Courier 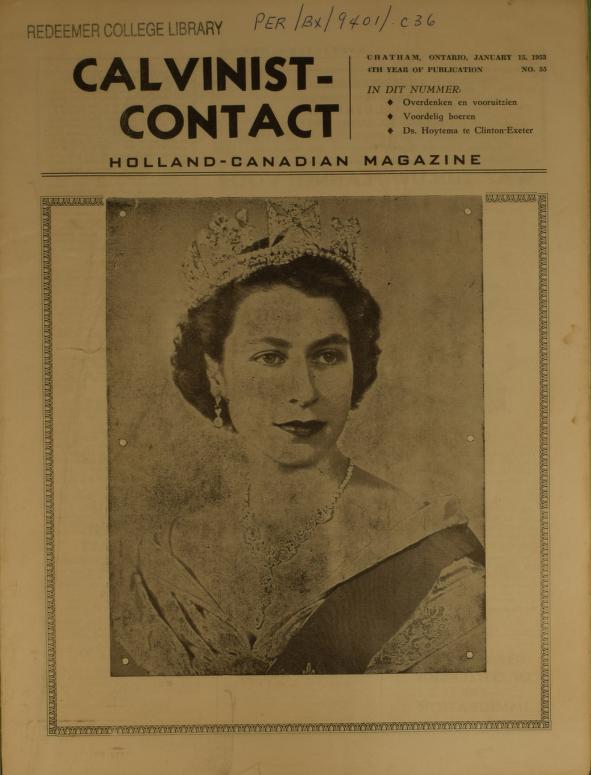 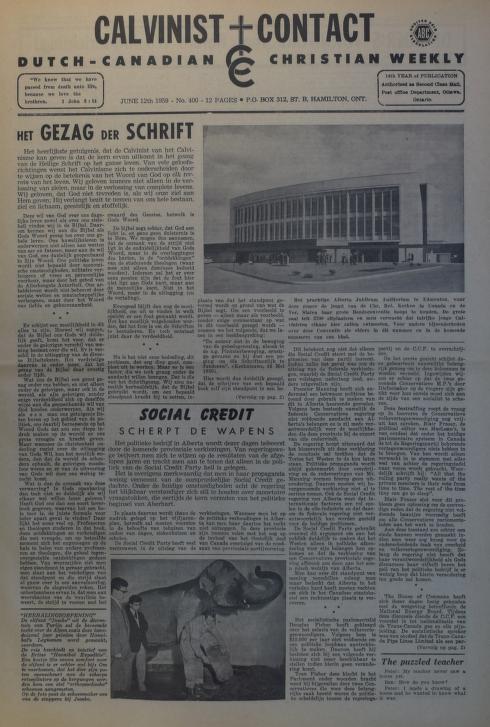 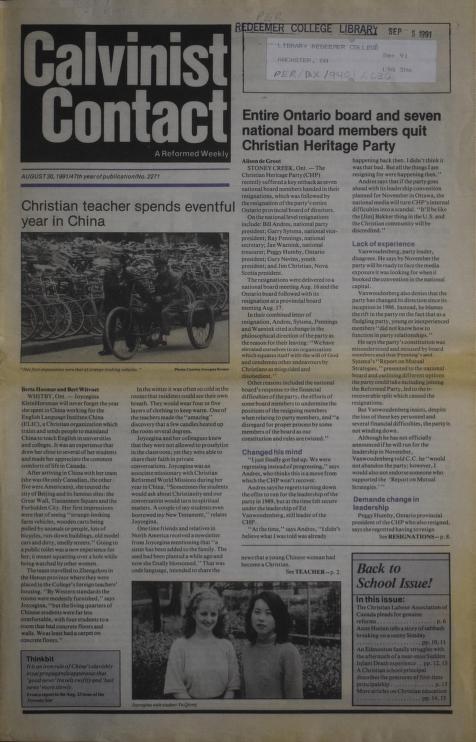 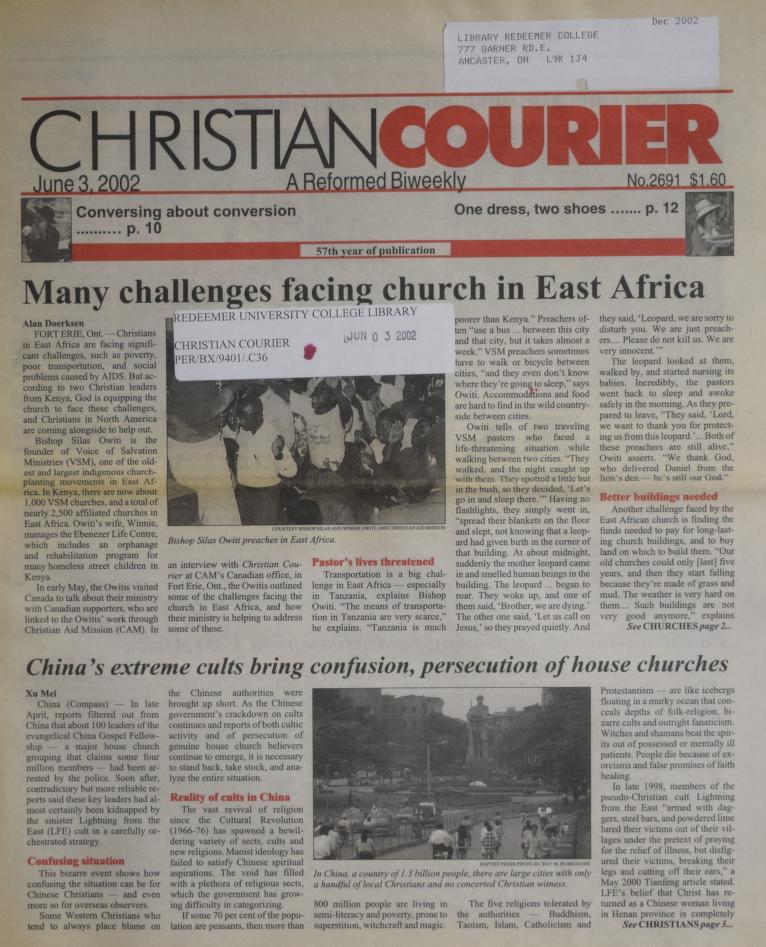 An Issue of Christian Courier (June 2002) 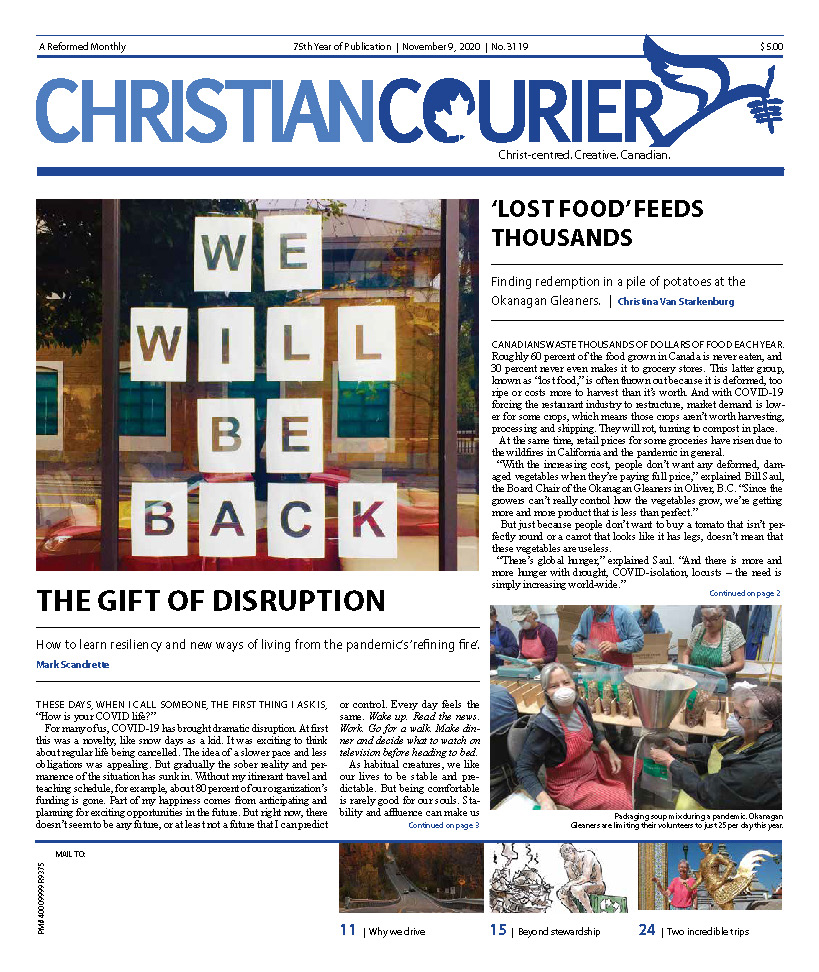 The History of the Christian Courier

The history of the Christian Courier newspaper goes back to the 1940s. The first issue of the Ontario-based, Dutch-language Contact was published in 1949 by the Christian Reformed Immigration Societies in Eastern Canada. The paper was intended to serve post-World-War-II Dutch immigrants, particularly those with Christian Reformed affiliations. In 1951, Contact officially merged with another paper, Canadian Calvinist, to create Calvinist Contact.

Throughout the 1950s, Calvinist Contact served the post-war influx of immigrants from the Netherlands well. In 1954, it increased its publication from a bi-monthly to a weekly paper. Its news coverage was often a Dutch rewrite of the national English papers, but also reported on issues facing the Reformed community in Canada, such as trade unions, Christian education, and women in office.

Calvinist Contact gradually transitioned from Dutch to English throughout the 1960s and 1970s. An English insert called Christian Courier was introduced in 1962 to attract younger readers and acknowledge that English was becoming the primary language in immigrant homes and communities. Five years later, English was the dominant language of Calvinist Contact, although the paper maintained a small segment of Dutch pages until 1989.

The 1980s saw Calvinist Contact expand its scope to include perspectives on other denominations, although it remained predominantly a Christian Reformed newspaper. One reader described Calvinist Contact as a 'mandatory window into the current Christian Reformed life and witness in Canada.' The paper continued to delve into the social and political issues of the day. In 1985, editor Bert Witvoet summarized the mission of Calvinist Contact and its readers with these words: "the challenge of our time does not lie in whether we hold on to the historic Christian faith, but in whether we put it to work!"

In 1992, Calvinist Contact officially changed its name to Christian Courier. The paper's identity shifted from a primarily Christian Reformed immigrant paper to a periodical for Christians of all backgrounds and denominations, although it maintained its Reformed perspective. Christian Courier faced several challenges in the following two decades, including declining subscriber rates, but was revamped in 2009 with the appointment of two youthful co-editors, including Redeemer alumnus Angela Reitsma Bick. Several young writers joined the team and subscription numbers began to climb again. In 2014, Christian Courier staff and writers won a number of awards from the Canadian Church Press. Judges described the paper as "fresh, relevant, and thought-provoking."

Today, Christian Courier continues to carry on the work of responsible biblical journalism in a secular society. The paper has risen to the challenge of the digital world with sharp and creative online publishing. Young, diverse writers from across Canada bring fresh perspectives on current hot topics such as social justice, gender identity, environmentalism, human rights, and popular culture. Christian Courier is now published monthly, with each issue available for free and in full colour online. Additionally, three university libraries - King's, Redeemer, and Calvin - host a set of Christian Courier archives which are available to the public in hard-copy format. A digitization project is underway at Redeemer University with the goal of making Christian Courier's 3000+ issues available online.

Looking ahead, Christian Courier hopes to 'be a home for writers and readers who are committed to challenging and transforming dominant Canadian culture' and 'nurture a faithful, creative subculture, not as a ghetto, but as a band of storymakers seeking to sustain life-giving Christian institutions in a decidedly pluralistic culture for the sake of the common good.'