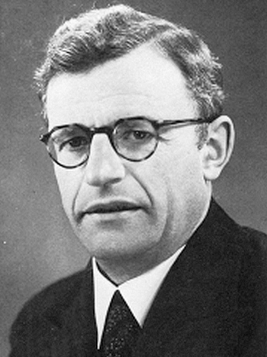 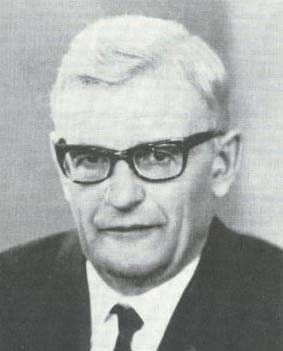 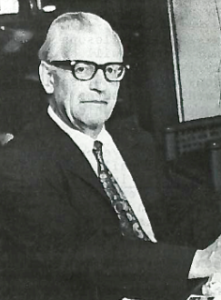 Prof. Dr. Herman Dooyeweerd (1894-1977) is widely considered one of the most outstanding Christian philosophers of the twentieth century. Born in Amsterdam to devout Christian parents, he was raised within the Dutch neo-Calvinist tradition espoused by Abraham Kuyper. Dooyeweerd studied law at the Vrije Universiteit of Amsterdam from 1912-1917 and served as professor of law and jurisprudence at the same institution from 1926-1965.

Throughout his career, Dooyeweerd made significant contributions to philosophy and other academic disciplines, particularly concerning the transcendental conditions for theoretical thought and the relationship between religion, philosophy, and scientific theory. Alongside his colleague and brother-in-law, Dirk Vollenhoven, he developed a stream within the Kuyperian school of thought that became known as Reformational Philosophy. As arguably the best philosophy of everyday life available at the time, Reformational Philosophy was highly influential in the Netherlands during his day. The translation of Dooyeweerd's main work De Wijsbegeerte der Wetsidee into English as The New Critique of Theoretical Thought (1953) extended his influence to North America in the 1950s and 1960s. Dooyeweerd's legacy became global by the twenty-first century. Reformational philosophers and Dooyeweerd scholars are present in Brazil, Finland, Switzerland, Japan, and South Korea (among other countries), and since 1982 the Association for Reformational Philosophy has held international conferences attended by participants from over 20 countries.

"God has not abandoned His Creation to the spirit of apostacy. The Creation is His. It is subject to His absolute sovereignty. For that reason, the central dynamic grip of the Word of God affects not only the personal life of the Christian, nor only the church as an institutional fellowship, but all human social relationships, politics, culture, science, and philosophy."

The above statement, found in Dooyeweerd's work Christian Philosophy and the Meaning of History, represents a core principle of his thought. The sovereignty of God over all reality was undeniable to Dooyeweerd; thus, he believed that a distinctly Christian approach to philosophy and all academic disciplines was both possible and necessary. The articulation of such an approach became the mainstay of his life and career.

Reformational Philosophy, as developed by Dooyeweerd and Vollenhoven, is a deep and complex system of thought. It rejects the view that theoretical thinking is a purely rational, autonomous activity. Rather, it holds that religious presuppositions underlie philosophy; in other words, theoretical activity is not neutral. A key aspect of Reformational Philosophy is the theory of modal law-spheres. Here, Dooyeweerd divides reality into fifteen spheres or 'modal aspects' (essentially, modes of being): numerical, spatial, kinematic, physical, organic, psychical, logical, historical, lingual, social, economic, aesthetic, legal, moral and certitudinal. In simple terms, each aspect represents one way we experience reality. The modal aspects are irreducible, universal, governed by laws and norms, and have implications for everyday living in addition to their philosophical significance. Using the framework of modal law-sphere theory, Dooyeweerd developed his distinctly Christian political theory, philosophy of history, philosophy of science, and theory of jurisprudence.