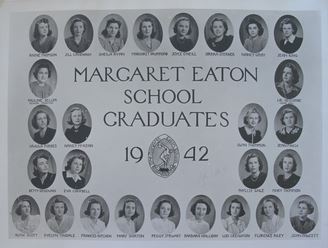 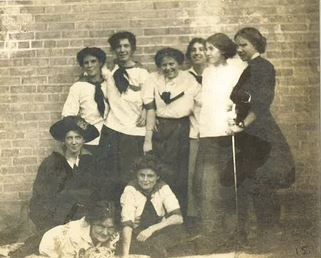 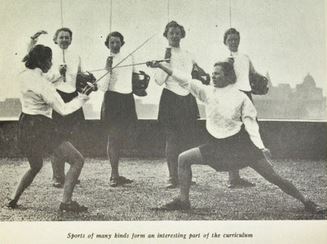 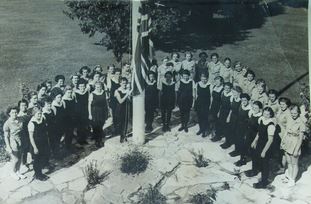 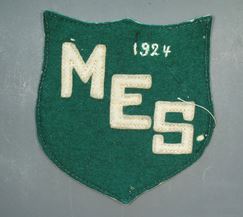 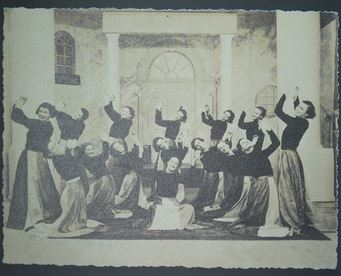 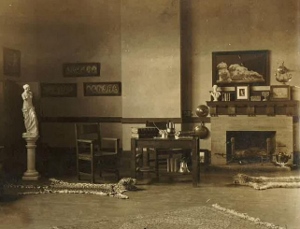 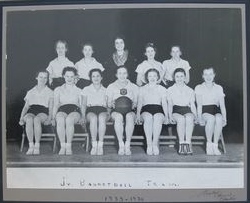 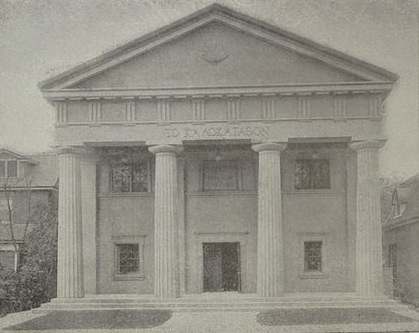 We are the Margaret Eaton girls, we learn to work and play.       We learn to teach expression and the proper thing to say.       No matter where we roam, we will think of the school,       Where we strived for the good and beautiful. 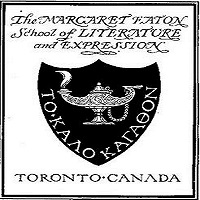 "We strive for the good and the beautiful"

In 1901, Emma Scott Raff founded ‘The School of Literature and Expression’ in a small room above offices in downtown Toronto. As principal, she emphasized the importance of the dramatic arts and transferred her passion for theatre, classic literature, and drama to her students. One such student was Margaret Eaton, wife of Timothy Eaton, who founded the historic Eaton Company. The Eaton family became the school's chief benefactor, and eventually the school was renamed ‘The Margaret Eaton School of Literature and Expression'. The Margaret Eaton School played a pioneering role in the development of theatre and physical education in Canada, and was also one of the few schools in Canada addressing the need for advanced education for women in the early twentieth century.

The Margaret Eaton School played a critical role in the development of women's physical education in Canada in the early 1900's. Finding that a university degree was essential to many positions in physical education, the Margaret Eaton School eventually  amalgamated into the University of Toronto, making possible the beginning of a Bachelor's program in Physical Education at the University – the first in Canada.