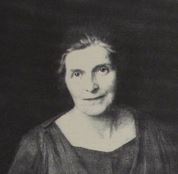 Emma Scott (1880-1940) was the daughter of Methodist minister Reverend James Scott and spent her childhood in Owen Sound, Ontario. She studied art in Toronto before moving to Colorado to teach painting, where she met William Raff. They married, and Emma gave birth to a daughter, Dorothy Raff, shortly before William’s sudden death.

Scott returned to Toronto and continued her studies at the Conservatory of Music. From there, she took post-graduate work at the Curry School of Expression in Boston and at the Gower St. Academy in London. Eventually she returned to Toronto, where she worked at the Conservatory of Music and also at Victoria College, teaching courses in expression.

In 1901, she opened her own School of Expression at the corner of Bloor and Yonge streets in Toronto, and established herself as Principal of Elocution, Oratory, Physical Culture, and Dramatic Art. One of her first pupils was Margaret Eaton, wife of Timothy Eaton, founder of the Eaton Company. The Eaton family acted as benefactors of the school, and eventually it was renamed The Margaret Eaton School of Literature and Expression. Scott continued as principal of the school until 1925.

Her public performances of classic literature and her enthusiastic advocacy for drama and music made her a prominent figure in the cultural world of Toronto in the early 1900's. As founder of The Margaret Eaton School, she provided a valuable education to women at a time when women's educational options were very limited.

"Mrs. Nasmith was a woman of generous heart and organizational ability. Her enthusiasm for cultural interests was unlimited and infectious. Canadian civilization owes her a debt that should not be forgotten."

"Death of Emma Scott Nasmith removes one of the most inspired enthusiasts ever known in Toronto's drama and music. Her passion for good drama was a glow that for decades one might meet on almost any downtown corner, in any foyer under any theatre portico, on the promenade of Hart House, pausing in some bluster of a bleak wind to praise some actor, singer, players or production... she was the apostle of amateur dramatic art ..."

"That the Little Theatre has become so active a cultural factor in every part of Canada is, in part at least, due to the seeds she sowed. Her pupils scattered to every part of Canada and carried with them the inspiration provided by her productions of literary drama ... 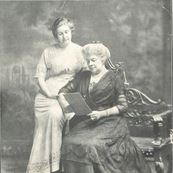 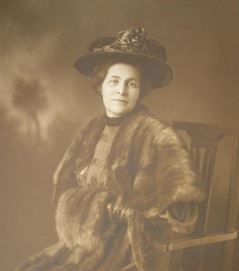 "Women of Canada, living in this epoch making period, every faculty of our being should be on alert. We need power and there is no better way to find power than by the study of the great in literature."

"The one great question I ask my students is What are they going to do in the world? – what is their idea of service?"

Emma Scott entry in the Dictionary of Canadian Biography (by John Byl, 2022)